Esbriet (pirfenidone) is one of two medications approved by the FDA (Food and Drug Administration) in October of 2014 to treat idiopathic pulmonary fibrosis. It’s mechanism of

action remains somewhat poorly understood. It is described as an antifibrotic agent that acts on multiple pathways that may be involved in scarring of the lung tissue.  Simply put, it turns down the process of scar formation in the lungs.

The FDA approved Esbriet (perfenidone) after reviewing three large clinical trials, ASCEND, CAPACITY I, and CAPACITY II, which were completed over the past decade. The data shows that patients taking Esbriet (perfenindone) had less decline in lung function over time than those patients taking a placebo. The studies specifically compared the forced vital capacities (the amount of air that can be forcibly exhaled from the lungs after taking the deepest breath possible) of patients on medication versus those on a placebo.  FVC (forced vital capacity) is measured via spiromety. Furthermore, when the three studies are viewed together, the medicine improved overall survival. 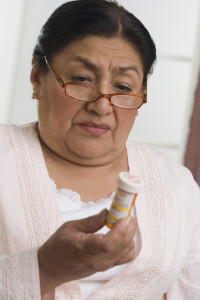 How Is Esbriet (pirfenidone) Taken?

Possible Side Effects From Esbriet (pirfenidone) 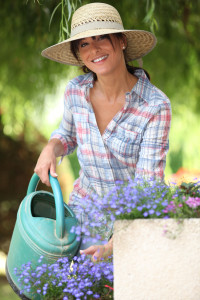 clinical trials. Other side effects that were reported include diarrhea, headache, dizziness, tired feeling, weight loss, cold symptoms such as stuffy nose, sneezing, sore throat, insomnia and joint pain.  The drug makes patients very sensitive to sun exposure. Patients must use SPF 50 sun block, hats and long sleeves if they are in direct sunlight. Failure to take these precautions can lead to an impressive rash in sun-exposed areas. Lastly, patients should have monthly blood tests to monitor their liver function for the first six months then quarterly there after as an elevation in liver enzymes has been documented in some patients taking Esbriet (pirfenidone).

How To Get Started on Esbriet (pirfenidone)

Esbriet (pirfendione) is an expensive specialty medication.  A prescription may cost up to $96,000 per year or $8,000 per month.  For this reason the medication is only available through a network of specialty pharmacies. Once you and your doctor have decided that Esbriet (pirfenidone) is the appropriate medication to treat your IPF your physician will complete an enrollment form and you will be asked to sign the patient authorization form.  Once the enrollment form is submitted to Esbriet CareConnect a nurse case manager from this program will contact the patient.  The nurse case manager will review insurance coverage and available financial assistance programs to reduce the cost of this expensive therapy.  They will then send the prescription on to a specialty pharmacy that will mail the prescription to the patients home.  It is important to return phone calls from Esbriet CareConnect and specialty pharmacies to avoid a delay in starting treatment.  If the out of pocket cost of this medication is prohibitive contact the prescribing physician’s office immediately as they will know of assistance programs or foundations to apply to for help. 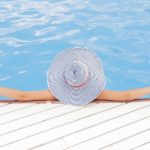 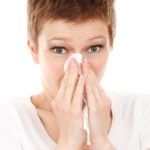 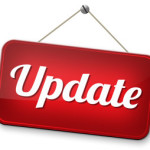