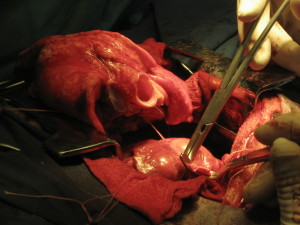 Until this past year, there were no FDA approved treatments to slow the progression of IPF. Median survival was around three years. All patients that were interested and appropriate candidates were encouraged to strongly consider lung transplantation. This resulted in many IPF patients waiting on the transplant list. Unfortunately there is a limited supply of donor lungs and as a result IPF patients would often die while waiting. About 5 years ago the body that governs lung transplantation changed the way in which lungs were allocated (given to patients on the waiting list).

The Old System of Organ Allocation

Under the old system, anyone that qualified for a lung transplant would basically just get in a long line. There were lines for each blood type and patients were subdivided by their size (children/small adults and larger adults). This system did not work very well. Patients would often have to get wait-listed very early and most patients died while waiting. In response to the shortcomings of a simple wait-list, UNOS (the organization that governs organ transplantation) devised a new system.

The New System of Organ Allocation

UNOS devised a new scoring system that tried to give the sickest patients higher priority over less sick patients. The Lung Allocation Score was devised as a way to assign a numerical number to each patient thus making it easier to compare patients. The goal was to optimize the matching donor lungs with patients that most needed them and at the same time were most likely to benefit. Many variables go into this complex calculation. For example, age, gender, disease process, many labs, exercise capacity, severity of pulmonary hypertension if present and other values are all taken into account. The net effect has been to increase the likelihood of patients with IPF getting transplanted.

When Should Lung Transplantation be Considered? 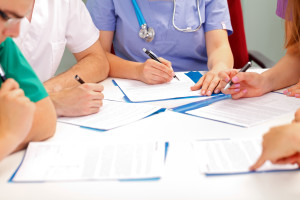 The process begins with your referring pulmonologist sending over a packet of information to the transplant program. This will include notes from office visits, pulmonary function data, imaging results and laboratory data. The transplant coordinator will then review this data with the physician and decide whether there are any obvious major barriers to proceeding with further evaluation. Next the patient and family are invited for a visit. During the first visit, you will meet with a transplant coordinator, pulmonologist, thoracic surgeon, social worker and often a psychiatrist and perhaps and infectious disease specialists. A large battery of tests will be arranged including multiple studies of the esophagus, endoscopies (upper and lower), a heart catheterization, pulmonary function tests and an enormous array of blood tests. After all the data has been gathered you will return to review the results and discuss any further testing that might be indicated. Eventually your file will be presented at transplant committee. This meeting includes all the above mentioned doctors and nurses. A decision will be made: proceed with listing, more testing needed, or decline listing. Most centers communicate the results of this meeting via a letter to the patient.

Should IPF Patients Receive a Single or Double Lung Transplant?

There is no perfect answer to this question. If there were an infinite supply of donor lungs then most centers would prefer to transplant two new lungs. However, patients often do well with a single donor lung. Outcomes are perhaps a bit better with 2 donor lungs but not dramatically so. 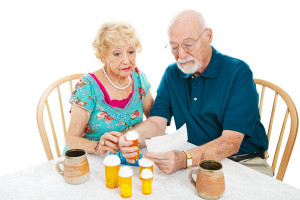 Patients are typically hospitalized for at least 10 days and often 2 weeks following a lung transplantation. After discharge they are seen very frequently for the first 3 months. Many centers perform frequent bronchoscopies. Patients are required to take many medications (typically about 15 different medications). It is essential that patients take all of their prescribed therapies. Missing medications can result in rejection of the new lungs.

The two major risks after transplantation are infection and rejection. The immune system is suppressed to prevent rejection but this creates an increased risk of infection. Preventative medications are used and blood tests are performed to monitor for certain viral infections. Breathing tests area done frequently to monitor for rejection.

It is critically important to understand that lung transplantation is not a cure. It is the exchange of one disease process for another complex process. You trade IPF for lung transplantation. After transplantation most patients feel better and live longer. But the patient is saddled with a new complex medicine regimen, often with side effects. Frequent testing and periodic hospitalizations are the rule not the exception. 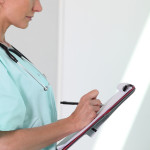 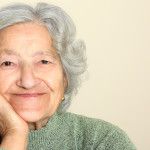 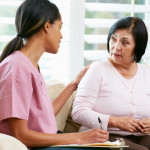