Pulmonary function testing refers to a battery of breathing tests that measure how well the lungs take in and release air as well as exchange gases.  Breathing tests such as pulmonary function tests (PFTs) are generally performed on patients with cough and shortness of breath. There is a characteristic but not diagnostic pattern of abnormalities found by PFTS associated with idiopathic pulmonary fibrosis.  PFTs are helpful in determining how well the lungs are functioning in general which may help gauge if the pulmonary fibrosis is getting worse.

Where Are PFTs Performed?

Pulmonary Function Tests are administered by respiratory therapists or RTs.  They require a special booth called a plethysmograph and a special mouthpiece that is connected to a recording device.  Many pulmonologists have the personnel and equipment to perform the tests in their office.  Other clinics may require that you set an outpatient appointment with the respiratory clinic at a hospital they are associated with.  Full PFTs take about 1 hour to complete.

How To Prepare For Pulmonary Function Tests

Very little preparation is required for pulmonary function tests.  The person scheduling the test will give you specific instructions on which of your medications should be held prior to the tests.  It is important to avoid eating a heavy meal prior to the PFTs and it is recommended to wear comfortable loose fitting clothing.  Smoking should be avoided for 4-6 hours prior to the test.  Vigorous exercise and foods or drinks with caffeine should also be avoided prior to PFTs.

How Are PFTs Performed?

The first and easiest section of a PFT involves blowing out hard and fast though a mouthpiece connected to a recording device. This section of the test measures airway function, how much and how quickly you can exhale air, and is called spirometry. The spirometry portion only takes a few minutes to complete and can often be done in the physicians office during a regular appointment.  A spirometry may be administered by a nurse or medical assistant on its own  in-between full pulmonary function tests.  It is important for patients to give full effort during this test.  The patient will be asked to blow out as fast and hard as they can until there is no air left to expel. The test is usually repeated 3-5 times in one sitting and often times the person administering the test will be loudly encouraging the patient to “blow, blow, blow”.  It is important to perform the test the same way every time with maximal effort.  The results must be similar and reproducible to be of value.

The second set of measurements during PFTs are lung volumes.  This is best done using a plethysmograph or “body box”.  Patients often feel like they are in an old-fashioned phone booth.  Patients are instructed to pant while breathing on a mouth-piece.

The last part of a PFT measures the way in which gases cross through the lung tissue or diffusion capacity.  A low DLCO (lung diffusion capacity) may be the first abnormality seen by PFT for idiopathic pulmonary fibrosis patients and is often present before lung volume or spirometry values are abnormal.

What Measurements Are Being Recorded During PFTs?

PFT results are often printed immediately upon completion of the tests and given directly to the ordering physician.  They physician than reviews and interprets what the results mean for the individual patient.  The results are generally described as a percentage of a predicted value.  The predicted values are based on height, age, sex, race and weight.  Values greater than 80% are generally considered “normal”.  Your physician will review the results and what they indicate for you at your appointment.

Below are some of the typical measurements being monitored by PFTs.

How Often Are PFTs Performed?

Patients diagnosed with idiopathic pulmonary fibrosis will generally do a spirometry at every pulmonology appointment.  Spirometry is a quick, inexpensive, and non-invasive test that provides very useful information.  Full PFTs are usually repeated every 6 months. 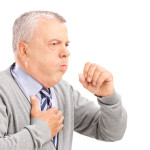 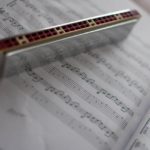 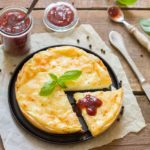