A pulmonary embolism, or PE, involves a blood clot that breaks loose from another area of the body and travels to the lungs. Some research indicates that having pulmonary fibrosis increases a person’s risk of developing a pulmonary embolism as a result of venous thromboembolism (VTE).

What is a Pulmonary Embolism?

A VTE is a blood clot that develops in a vein. In many cases, a blood clot develops in the lower legs. Part of the clot may break off and travel into the pulmonary artery in the lungs, which prevents the blood supply to the lungs. When this occurs, the condition is referred to as a pulmonary embolism.

In one large study, which involved over 200,000 people with idiopathic pulmonary fibrosis, 3815 people with IPF also had a diagnosis of VTE. The results indicated that the risk of developing a VTE was 34 percent higher in people with IPF than in the general population.

Although a connection between developing a PE and IPF has not been definitively established, it appears there is probably an increased risk of VTE and pulmonary embolisms in people with pulmonary fibrosis.

The specific physiological reason people with IPF may develop blood clots more often than the general population is not fully understood. But regardless of the cause, if you have IPF and develop a pulmonary embolism, it can be a life-threatening situation.

A pulmonary embolism is serious for everyone. But in people with IPF, they have less lung capacity, which means even a small blood clot in the lungs can lead to serious problems.

Symptoms of a Venous Thromboembolism

It’s important to recognize the symptoms of a blood clot so it can be treated as soon as possible to prevent complications. Symptoms of a clot may include:

Symptoms of a Pulmonary Embolism

If a clot travels to the lungs and causes a PE, it’s essential to seek immediate medical treatment. Symptoms of a PE can include:

Prevention of VTE and PE

There are a few things you can do to reduce your risk of developing blood clots including the following:

If possible, avoid prolonged immobility: Avoid sitting for long periods of time. For example, when traveling, get up and walk or stretch your legs and do ankle circles when possible.

Don’t smoke: Smoking is thought to increase a person’s risk of developing a blood clot. Plus, smoking also leads to additional airway damage, which is extremely detrimental for people with IPF. 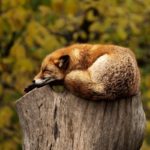 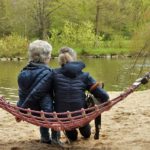 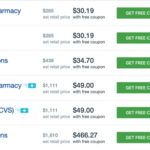